Church of the Ascension of Jesus in Miejsce

There are no records on the oldest church in Miejsce, but we can safely assume that a church already stood there in the Middle Ages, as evidenced by the historic items, such as a Gothic pietà, which were moved to each subsequent church built on this site. The first Protestant church was built with wood and had a masonry sacristy; it was founded in 1565 by Baron Arnolf Kottulinsky of Jeltsch. Nearly a hundred years later these lands were re-converted to Catholicism, and in 1721 a new wooden church was built which survived until 1928, when the current church was erected according to the design of Franz Overkott of Breslau. The church has a simplified shape, but its architectural style imitates Baroque. The most interesting items inside the church include the remains of a sgraffito decoration, the Renaissance portal leading to the sacristy, and the Baroque altar and pulpit from the 18th century. The church is located within the old borders of the town of Świerczów, marked by the ancient moat.

In the parish cemetery surrounding the church, you can see a historic Gothic Revival chapel with a statue of St John of Nepomuk. 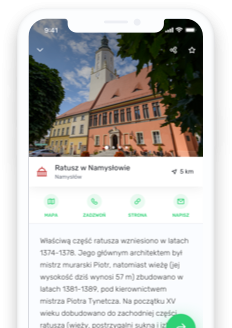